The next meeting:
13th of June (Wednesday) 20:00 Perfume: what your smell says about you

A plate is a specific type of dish. A dish is generally something that food is eaten or served from. A plate tends to refer specifically to a flat dish that is suitable for holding food that does not have a high liquid content. The other common type of dish is a bowl. A bowl will be similar to a hollow sphere cut in half and is useful for serving soups and other foods with high liquid content which would run off of a plate. 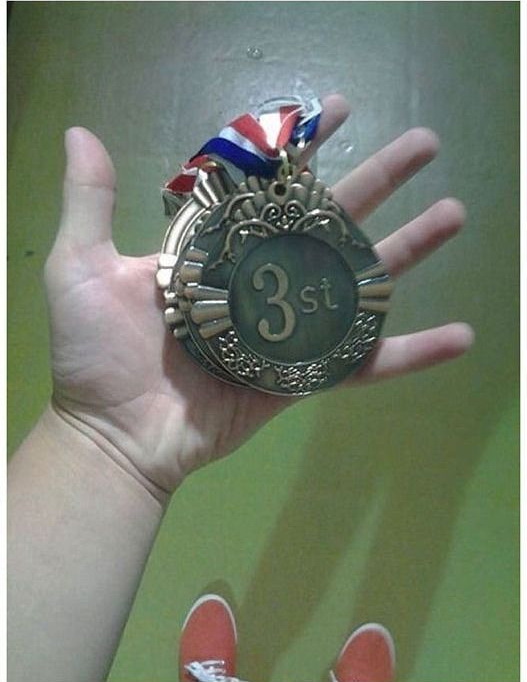 "Today I interviewed someone who handed me a résumé saying that he’d worked at Helping Hand-Jobs. I choked on my own spit and couldn’t stop coughing. Later I showed it to the interviewer in the next office. She told me that her brother had worked there once but had quit because all the manual labor had given him heatstroke. After I started coughing again she realized my confusion and explained that it was actually named Helping-Hand Jobs and was a handyman service. Never underestimate the power of punctuation, people."

"in" and "after" both specify a future time relative to the present moment. There's no grammatical rule saying either preposition is correct or wrong - it's just idiomatic preference that most people would use "in".

Given that "in" is a somewhat "metaphoric" usage here, I suspect there's a tendency to only use it in simple constructions where it's relative to the present moment.

When speaking of some situation in the past, there is no "present moment" - so we need to explicitly state the time/event that we're counting our 10 minutes from. In such contexts, we're more likely to use after (or within, following, etc.) because the whole situation is more complex, so we choose our words more carefully.

Also
'After ten minutes' suggests certainly not before ten minutes have passed, and might be quite a bit later. 'In ten minutes' is fairly precise but might mean a little less than ten minutes.